When I step back and look at the incredible mismatch between the economic system we have and the economic system we need, I find myself wondering whether we humans are victims of a dangerous spell induced by a mischievous Greek God. Here is the story as I imagine it:The Greek Gods are meeting in council on Mount Olympus to discuss what to do about those silly humans down on that little planet called Earth who no longer pay proper respect and even presume to be taking Godly powers unto themselves. 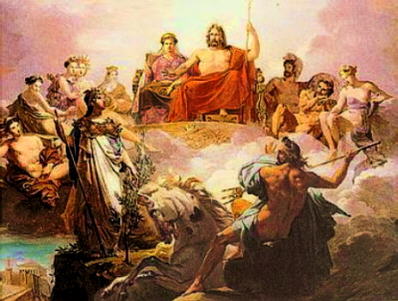 Zeus, the ruler of the sky says,

“I propose that I wipe them out with a bolt of lightening.”

The Gods debate his idea at length.

Hermes, the god of commerce and cunning, sits quietly through most of the discussion. Then he intervenes.

“Zeus, that old bolt of lightening thing is much too easy and a bit crude. Let’s make it more interesting. Let’s set up these humans to destroy themselves. 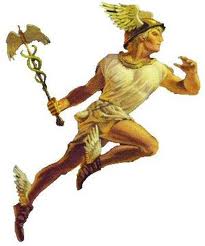 “It involves a bit of illusion. I will induce a trance that will make those foolish humans perceive money, a simple number, a mere accounting entry, as real wealth, as life’s ultimate prize, as the measure of individual worth, and the power of the nation state. Money will become like an addictive drug that creates an illusion of happiness.

“This will lure these foolish humans into a fatal competition to see who can acquire the most money by converting the real living wealth of their planet into financial assets that are in fact nothing more than numbers in a computer.

“They will soon be destroying each other and ultimately their planet’s biosphere—and we will be rid of them—by their own hand. It would be so much more amusing than a simple bolt of lightning.”

Most of the Gods applaud.

Hestia, Goddess of home and hearth, steps forward to protest,

“These humans are basically good creatures with remarkable potential. We should not destroy them for our own amusement. Besides, they are much too intelligent and too dedicated to their families and communities to fall for that silly trick. It won’t work.”

Aphrodite, the Goddess of love and beauty joins in,

“I agree with Hestia, surely they will see through the illusion and love will triumph in the end. Let me awaken that love and we will see that they are capable of much good.”

But Ares, the god of war and Hades, God of the underworld, scornfully dismiss Aphrodite and Hestia.

“Let Hermes have his fun. It will provoke more war, which will indeed be entertaining.”

“And they will begin the torment of their souls even before they arrive in Hades to suffer eternally for their arrogant stupidity. I love it.”

Hermes, Ares, and Hades ultimately prevail. Hermes induced his trace and the foolish humans do as he predicted.

Indeed, by the end of the 20th Century, at the urging of the priests of its temple of money worship (banks), the world’s most powerful imperial nation had made a conscious choice to turn from manufacturing and agriculture to finance, making money from money, as its primary economic base. By choice, the United States would specialize in using money to make money through complex accounting tricks and henceforth buy its food and manufactured goods from others on credit.

This once great nation further chose to maintain military bases around the world, even in the absence of any credible military threat to its homeland and to pursue unwinnable wars in Afghanistan and Iraq that served no evident purpose other than to fuel the coffers of corporate war profiteers.

These decisions were so obviously illogical and self-destructive as to exceed even Hermes’ expectations. Ares and Hades were ecstatic.

Hestia and Aphrodite watched in horror as the love of money displaced the love of life and the mindless pursuit of money led the humans to destroy not only their families and communities, but also their natural environment—a path to inevitable and traumatic oblivion.

But the story is not yet entirely over. Millions of people around the world are awakening from the trance, walking away from Wall Street, and directing their life energy to building local communities and economies that value life more than money and make realization of the creative potential of Earth Community their highest priority.