Life’s Ability to Self-Organize and Learn

The 1st scientific revolution demonstrated the presence and wonder of order in the universe. The physical sciences plumbed its mysteries and fed transformational advances in technology. In its effort to discipline its exploration of order, it denied the presence of conscious intelligence. Thus it denied the essence of life and our nature as living beings. We forgot how to live.

We are now at the beginning of a 2nd scientific revolution led by the life sciences that is acknowledging what the 1st scientific revolution denied: the presence and wonder of intelligent consciousness. Its emerging insights hold a key to transforming how we live as we face the imperative to learn to meet our human needs in balanced relationship with the biosphere of a finite living Earth to which we ourselves belong.

Organizing ourselves to partner with Earth’s biosphere begins with identifying the biosphere’s underlying organizing principles.

Life has learned a good deal since the first early bacterium sprang to life 3.9 billion years ago in its struggle to maintain itself as a living organism in seeming defiance of the entropic forces of disorder and heat death. Its story is rich with insights into life’s remarkable abilities to self organize and evolve in its journey of discovery on a path toward ever greater complexity, beauty, awareness, and possibility.

For those of us who would learn to live, there is no greater teacher than life itself.

The term biosphere was coined by geologist Eduard Suess in 1875 to refer to “the place on earth’s surface where life dwells.” It is Earth’s narrow zone of life, the global ecosystem comprising all of Earth’s regional and local ecosystems.

The idea that this zone of life is properly understood as a living, self-organizing superorganism traces back to a lecture in 1789 by James Hutton, considered the father of geology. This idea was more recently popularized as the Gaia hypothesis by James Lovelock.

See Learning from Life for the story of how the Forum became involved in the application of insights from the New Biology to the design of economic systems.

We might begin with the observable fact that Earth’s biosphere is segmented into countless self-organizing ecosystems, each exquisitely adapted to its particular place on Earth to optimize the sustainable use of locally available resources in service to life. It involves a highly sophisticated and complex fractal structure of nested self-reliant, progressively smaller-scale ecosystems. The challenge before us is to learn to mimic that structure and its extraordinary capacity for cooperative self-organization.

Since our early turn to dominator systems of organization, we humans have been inclined to see life as a brutal competitive struggle for food, sex, and survival, perhaps to justify our brutal imperial assault on one another and Earth. Although life’s competitive elements contribute to its dynamism, competition is a subtext to the larger story of life’s extraordinary capacity for cooperative self-organization.

The key to the secret of life’s success in populating the Earth with ever larger, more complex and capable organisms is found in the ability of its ability of trillions upon trillions of cells, organisms, and communities of organisms to self-organize into complex sub-systems of cyclical processes that link reactions requiring energy with those that yield energy. Each cell, organism, and community of organisms maintains its own identity and health while contributing to the life of the whole. Each balances its own needs with the needs of the larger community of which it is a part.

Life is a process of mutual empowerment and, therefore, can be understood only in terms of communities of relationships. The more complex, diverse, and coherent the relationships internal to a living system, the greater the potential is of the system and each of its component members.

There is no counterpart in nature to the hierarchical command and control systems we humans have come to believe are essential to maintain coherence and order in human societies. 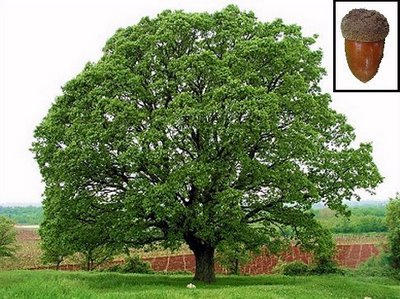 From an acorn to an oak tree

Each tiny seed holds the knowledge of whether it is to become a stalk of wheat, an oak tree, or a tomato plant—and how to fulfill that destiny. The fertilized ovum knows whether its destiny is to become a salamander, an eagle, or a human. Triggering events may be easily pre-programmed. What follows, however, cannot.

When the conditions are right, the internal cells of the seed or ovum spring to life in a self-directing process of division and differentiation as they engage a cooperative process of absorbing energy and nutrients from their environment, breaking down the elements of what they consume and transforming them into their own living matter through the processes of cell growth and division.

Though each organism responds to its own destiny, the process of fulfillment is far from passive. Each germ of life awaits the right conditions, the right moment to spring into a full blown quest to become what is was meant to be. The plant adapts its structure and internal processes to the space, nutrients, and changes in seasons, orients itself to shade or sunlight as suits its nature, and creates its own distinctive variations on the structure that defines its species nature.

So too does the animal adapt itself and its diet to the conditions of its setting, finding novel sources of the nutrients it needs and adapting its internal functions to the sources available. Its internal processes repel and destroy dangerous alien organisms and repair damaged flesh with an intelligence and adaptability far beyond the capacity of even the most advanced human machines.

Most remarkable of all, these processes are the self-organizing outcome of the self-directed choices of countless individual cells and symbiotic bacteria that have joined in the cooperative enterprise of creating a living being with capacities far beyond those of any of the individual participants. 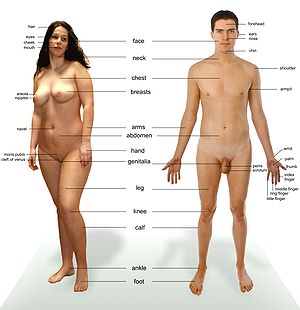 Our own bodies are an example. Each human is a composite of more than 30 trillion individual living cells. Yet even these cells constitute less than half of our dry weight. The remainder consists of microorganisms, such as the enteric bacteria and yeasts of our gut that manufacture vitamins for us and help metabolize our food. These symbiotic creatures are as necessary to our survival and healthful function as our own cells. Each cell and microorganism is an individual, self-directing being in its own right, joined together in a self-organizing, continuously self-renewing alliance that functions as, and by all outward and inward appearances is, a single being.


Each human is a composite of more than 30 trillion individual living cells.

Throughout its life span the organism renews its physical structures through cell death and replacement. In the human body, approximately three billion cells die each minute—each reliably replaced by a living cell of like kind. The stomach lining replicates itself every five days, the liver every two months, and the skin every six weeks. Ninety-eight percent of the atoms in the body are replaced each year. Yet the identity, function, and coherence of each organ and the body as a whole are actively self-maintained year after year. The same is true for all living organisms—powerful evidence that every living being possesses an inner knowledge and awareness of self.

While we have some knowledge of the body’s central nervous system, genetic coding, chemical messengers, and energy fields, we have scarcely begun to understand the complex and often subtle mechanisms that make life’s self-organizing coherence and unfolding possible. The evidence that life is engaged in a continual reprogramming of its genetic coding reveals still more of life’s capacity for creative self-direction. It also suggests how dangerously little we know of the potential consequences of releasing genetically engineered organisms into the environment.

It is beginning to look as though life’s coherence cannot be explained either by some mechanism of central control or even the studied uniformity and disciplined self-suppression of a military drill team. Rather life’s coherence is the outcome of creative processes that bear a striking resemblance to a grand jazz band in which all players have their own parts—with scope for individual self-expression to enrich the melody and harmonics in ways that flow from a deep awareness of the whole and a commitment to its integrity. The result is “a seemingly paradoxical state that maximizes both global cohesion and local freedom.”


…a coherent sense of self is common to all living things 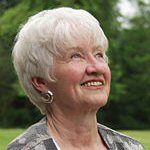 The more we know of what life does, the more difficult it becomes to explain its ability to maintain self-referencing coherence without assuming the presence of some sense of self at each level of organization—the cell, the organ, and the organism—combined with a capacity for instantaneous communication and self-directed mutual adaptation among all the organism’s elements. Biologist Elisabet Sahtouris suggests that a coherent sense of self is common to all living things and that consciousness many turn out to be, in some from or another, intrinsic to all of nature and its processes.

Far from being “a passive object at the mercy of random variation and natural selection” life is “an active participant in the evolutionary drama. In constantly responding to and transforming its environment, it partakes in creating the possible futures of generations to come.”  …next “Life’s Ancient Wisdom”

Adapted from Agenda for a New Economy, 2nd edition, and The Post-Corporate World: Life After Capitalism