A YES! Conversation: Evolving Into an Ecologically Civilized State of Mind

Zenobia Jeffries Warfield, executive editor of YES! Magazine, engaged David in a conversation for the Spring 2021 issue of YES!  The theme for this special 25th anniversary issue is “What an ecological civilization looks like.” With permission, their conversation is published here. 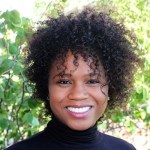 It was my pleasure to converse with YES! co-founder David Korten in our weeks-long preparation for an interview that spans his 83 years on the planet and all the experiences and ideas that led him to co-found YES! Magazine 25 years ago. David evolved from a self-described “conservative young Republican” who traveled the world hoping to “save” other cultures from communism, to a collaborative thought leader who calls out the outsized influence of corporations and passionately advocates for global societies to move toward an ecological civilization.  On that subject, he is the author of many books, including When Corporations Rule the World. The way in which David has opened himself over the past several decades to unfolding, emerging, and relearning offers a model for all of us.

She begins the conversation…

A lot of folks have referred to 2020 as an unprecedented time. But we can look to recent history, even, and see that there’s much precedent for what’s going on right now. Though there is this convergence where all the things are happening at once. How would you describe it?

David: One of the things we need to get clear on is that for a long time, we have been going in a direction as a species that no sane person should want to be going. But we hide it under a lot of statistics, and basically a lot of media distortion coming from the system that is driving us actually in the direction of human self-extinction, but which doesn’t want anybody to see that because the system is working for a very few people who control most of our media and education and our conversation.

We have these findings from science — massive consensus of the world’s brightest scientists calling attention particularly to the climate issue, as you know, essentially terminally serious for the species. It’s very hard for the scientists to get everybody’s attention. But that little bug we call the coronavirus, man, that’s got our attention.

Read the interview published in the print magazine HERE… 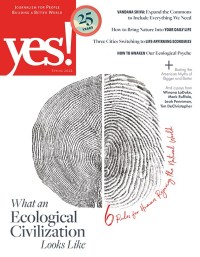 For more inspiring food for thought – and action – check out the entire special Ecological Civilization issue.